Ruthie’s, San Antonio, TX: I Want To Love It 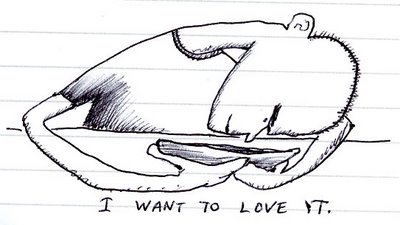 Ever have a meal that puts you in that proper happy place? On my recent trip to San Antonio for the NCAA Regionals at the AlamoDome, my family stayed with my brother and his family. The first morning after arriving I awoke with a kink in my neck from a restless night in a strange bed. My physical therapist sister-in-law did wonders working some of it out but it continued to nag me for the next day or two. Then one morning, the adults, after feeding the kids their fill of chocolate chip pancakes and cereal, left the 13-year-olds in the hands of the 10 and 11 year olds and headed to a local home-spun Mexican diner, Ruthie’s.

On my first trip to San Antonio, 14 years ago with my best friend and very pregnant wife, we had a breakfast on the famed River Walk that involved eggs mixed up with Mexican bacon, blue corn tortilla chips, refried beans, salsa and served with fresh hot tortillas. That restaurant was gone on subsequent returns and I’ve been trying to find an equal to that breakfast ever since.

I found it at Ruthie’s.

Ruthie’s appears much like any small roadside diner/kitchen type place. According to my brother there’s a Mexican style eatery like it on every block. They had The Price Is Right playing on a static’y TV up on the wall and menu’s were the requisite laminated paper style but with a full listing of items en Espanol that even my seasoned San Antonioan brother and sister-in-law couldn’t identify for me.

Rather than play a guessing game or play it safe, I asked the waitress if she could tell me what I wanted based on my description. I laid it out for her in all its glory and she said, you want the ‘Chilaquiles’. I’ve seen them described as something other than what I had but what I had was lovely.

Enjoying that full breakfast made me stop at one point and lower my cheek to the dish and cradling it with my arms, I said, “I want to love it.”

The best part of the meal was that when it was all done, that kink in my neck was all gone — replaced with the satisfaction in my stomach.

This entry was posted in doodle, doodles, food. Bookmark the permalink.