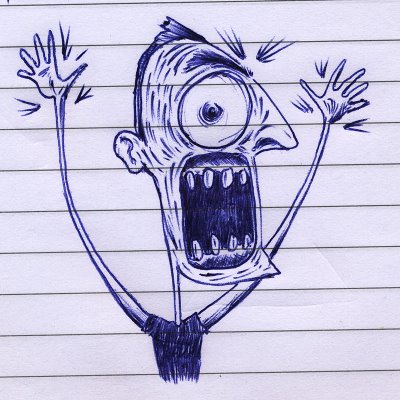 There was a guy I used to work with — a Singaporean via our London office — who would always say “Bloody Hell” when things went wrong with programs, servers, whatever. But he was such a calm, gentle guy that it always came out a very subtle “bloody hell”. That was 11+ years ago but I still like to try and say ‘bloody hell’ in his serene way.

Too often I say more Americanized things in the way my drawing dude does. And it’s usually about important stuff like there not being enough room in my ‘beer’ refrigerator in the garage for my beer because there’s water or ‘vitamin water’ in there. Bloody Hell!

This entry was posted in beer, expressions, rage. Bookmark the permalink.