Down to the basement 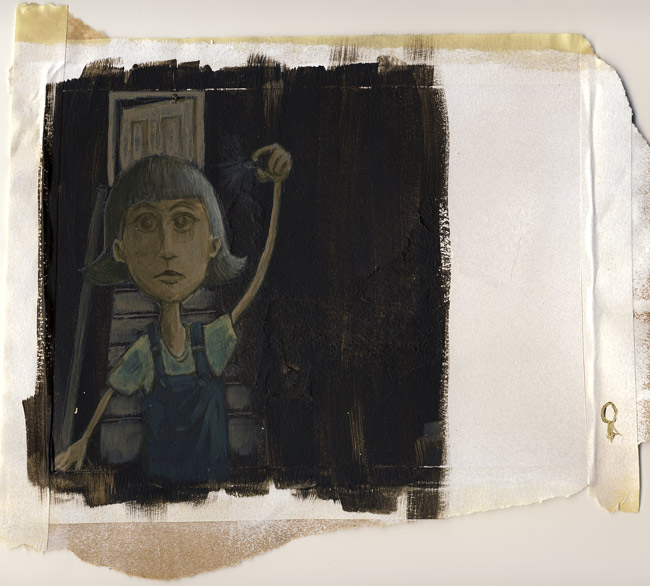 It’s been a real long time since I’ve been doing much in the way of drawing, doodling, sketching or anything else. So I thought I’d pull this unfinished piece out of the basement.

I started painting it on the back of a six pack cardboard panel after I was done working on my skateboard project in March of this year.r That project re-ignited my acrylic painting enjoyment after years (decade+?) of dormancy. I wanted to keep the brush moving and worked on this for several nights before Spring kicked in and the outdoor labors called.

At the time, my friend-in-the-ether, Kristen had been writing a lot of posts about venturing into basements and the things you find there. I enjoy the imagery she paints with her words of a late 1970s kid with a wild imagination venturing into places that she knows she shouldn’t go.

So with that in mind, I started painting out this scene of a pre-tween making her way into a darkened basement using a lightning bug as her guide-light. Thinking of the terror of that light blinking out every few seconds, wondering what’s going to be there in front of you when that light blinks back on. 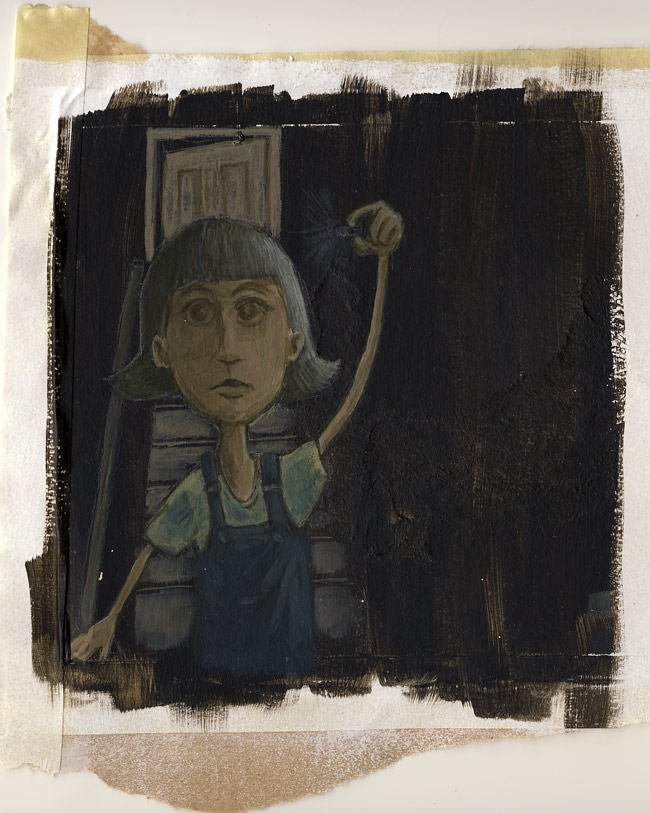 For now, since I needed to clean up the craft room in anticipation of the major last party of the summer before school, this remains unfinished — need to add more color depth, fix those eyes, darken that door. I think once the weather cools I’ll get back to finishing it.

This entry was posted in acrylic, child, scary. Bookmark the permalink.

2 Responses to Down to the basement