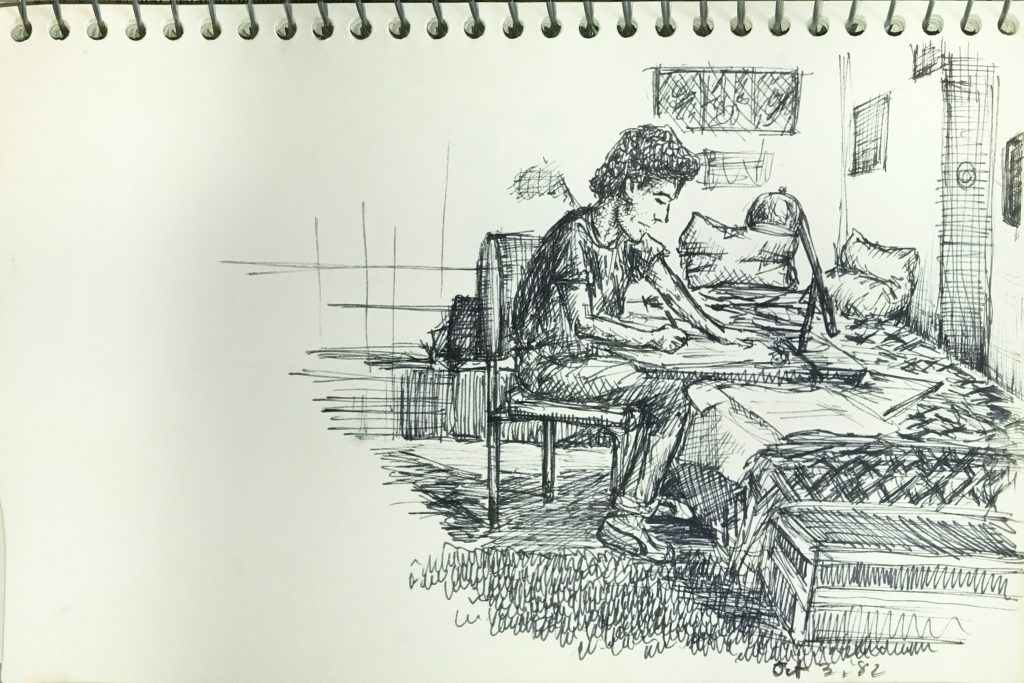 Today, the Mrs. showed me a big plastic bin labeled “Sean’s Stuff” and said “do something with this.” I reached in and grabbed a sketchbook which I started the summer after high school and continued with through my one year at the Art Institute of Philadelphia. One of the first sketches was a badly-proportioned rendering of my friend, Dana, sketching on his drafting board at his bed. The Police (Spirits in the Material World) and jazz fusion (I had no idea what that was) were on regular rotation in that apartment.

A group of us used to hang out there regularly from pretty much the beginning of our school year late in September 1982 at 21st & Chestnut Streets in Philadelphia. It was where the Mrs. first caught my eye.

This entry was posted in drawings. Bookmark the permalink.